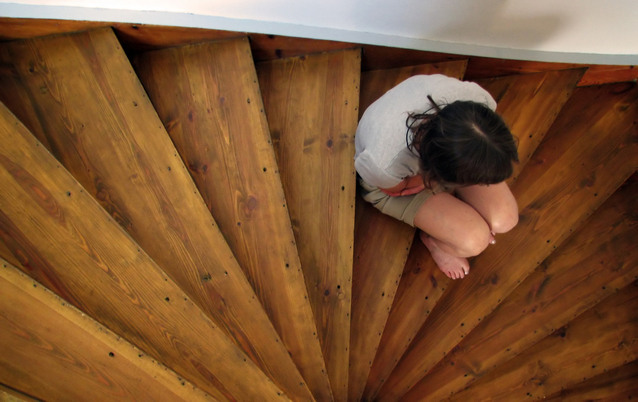 I checked my Twitter account before sleeping. Then I can’t sleep anymore. I thought there’s something I need to get out of my chest before I can try to get some sleep again.

I’ve been following Kat Alano’s situation regarding her rape allegations against #RhymesWithWrong for years now. It’s been so long I can’t even pinpoint the exact date when I started following it. I just know one thing: shocked might be a gross underestimation of what I felt the night I heard her story.

A lot of people ask her, over and over again, why she didn’t do her part to bring this guy to justice.

Why didn’t she report him to the police?

Why didn’t she file a case against him?

Why can’t she name the guy directly?

I recall a time when the story got a slight nudge in the mainstream media outlets. A lot of powerful people discredited her and called her by different names. One of those names is “ambulance chaser”, I recall. Some people said she’s just making a fuss because she’s a has-been trying to get back to the limelight. Some people said she might’ve enjoyed it because it took her a long time before she said anything about it.

It was a total mess. Imagine a single person turned into a lightning rod of victim-blaming online and offline. No one deserves that.

If we look back about two decades, we can find a somehow similar incident. In 1991, Anita Hill, a well-educated woman, went through all the trouble and humiliation on national TV when she tried to tell everyone that her former boss, Clarence Thomas, then a Circuit Judge and now a Supreme Court Judge, sexually harassed her. She was labeled as delusional and hellbent to seek revenge by those people who tried their very best to silence her.

She did her due diligence to report the issue, hoping to stop a sex offender from getting promoted to the Supreme Court. But the entire effort, no matter how noble or valiant it was, was doomed right from the start. Read about her case when you have the time. The acrobatics some senators did to discredit her is on another level.

Did you see the similarities between these two stories? In case you didn’t catch it, I will tell you. The people who could’ve made a huge difference didn’t listen to them.

The company that handles #RhymesWithWrong allegedly did not put him under scrutiny and they protected and enabled him instead. Add to that the idiots associated with his company who made the rounds speaking against Ms. Alano. Who can really say what’s happening behind the scenes? Not me, nor the heaps of fans heralding their golden calf, so to speak. All I know is immediately jumping to conclusions never helped anyone, especially this case. It only muddied the waters even worse.

As for Professor Hill’s situation, certain Republican senators could’ve done their actual jobs and questioned Justice Thomas even further when the allegation came up. They could’ve questioned the four women who wanted to testify against him. Instead of making it a discussion about the sexual assault allegations, they made the entire thing about themselves, how it made them feel, and why Professor Hill is wrong. Imagine eight hours of humiliation, character assassination, and people accusing you of different things you didn’t do, when all you’re trying to do is to let people know that we should put our leadership to a higher standard. Imagine that.

Instead of listening to them, start a public conversation, and be level-headed adults about all of this, these people tried to shut them up and blamed them for what happened to them. Some even tried to gaslight them and tell them that they’re the problem. How can you say that they’re the problem if you don’t even have the patience to listen to them? How can you say you understand them when you keep on talking over them and explain things to them like they don’t understand what happened to them? How can you say that someone’s lying if you don’t even want to talk about it? How can you say someone is innocent without asking the right questions? It’s not even the outcome that makes my blood boil. It is the fact that people like Ms. Alano and Professor Hill were denied of their right to be heard and understood is what pisses me off.

Think of it this way. When something unthinkable happens to anyone, one of the first questions that come up would be, “should I tell anyone about this?” Sexual harassment is usually done by people you least expect to do such a thing. Predators have different facades for normal people and their prey. Victims understand this very well, and that’s why they know they can’t simply tell anyone. Besides, certain predators have their support network that either enables them by complicity or by the genuine belief that they can do no harm. To put it simply, certain predators are just too good at hiding their true colors.

Another thing to note is the fact that certain victims are afraid of all the backlash if the news spread out. Some people would try to defend the person they barely even know, stating anything along the lines of the predator not being able to hurt a fly. Some people would avoid the victim as if they contracted a contagious disease. Some idiots would even speculate that the victim enjoyed the experience. Some imbeciles might even say that the victim should’ve just looked on the bright side and enjoyed the experience. In short, the victim and their family will be shamed for something they did not even ask for.

I guess the worst part of it all is the high possibility that people would blame the victim for their misfortune. You should’ve done this, you should’ve done that. You should’ve not worn that because you’re asking for people to harass you if you do. You don’t have enough faith. You don’t pray enough. A lot of imbeciles are roaming around the Earth, not understanding one important thing: a predator does not care what you wear, what you do, or which diety you are praying to. They will hunt their prey even if that person is wearing five jackets and three pairs of jeans, is bedridden and prays the holy rosary every hour. The problem is not the victim’s clothing, not the victim’s actions, and not the victim’s spirituality. The problem is within the predator’s mind: their urges, their sick need for control, and their lack of empathy, among everything else.

No one deserves this treatment. I won’t even wish this on my worst enemies. What’s painful about all of this is they’re not even contributing to the solution but rather they just exacerbate the problem.

It’s not that hard to understand. All they want is to be heard and be considered, not be ignored and condemned. Sure, they’re crying for justice just like anybody would. But hearing them and understanding their plight are the first steps that we should take. Only those who have experienced abuse can completely understand someone else who has experienced the same thing. We should empower everyone who experienced abuse to speak up, stick together, and help each other to heal and to seek justice.

Never jump to conclusions. Just be impartial to all parties involved. If we can be logical adults as a community, we can help prevent such problems from ever happening again. It will give the predators some sense that they won’t be able to pull off such atrocities again since people won’t be swayed by their crocodile tears anymore. They will know that they won’t get away with it anymore because we’re a pragmatic community seeking for the truth, not a bunch of sheep easily swayed by our emotions.

No one wants to be in this situation. No one wishes to be in this situation. A certain amount of maturity and empathy would go a long way to help these people heal. If we talk about this like thinking adults would, I believe things would get better not just for the victims but for everyone who just wants to live a life without fear of abuse. At the end of the day, victims are people just like me and you. We should treat them the same way we want to be treated. It’s as simple as that.