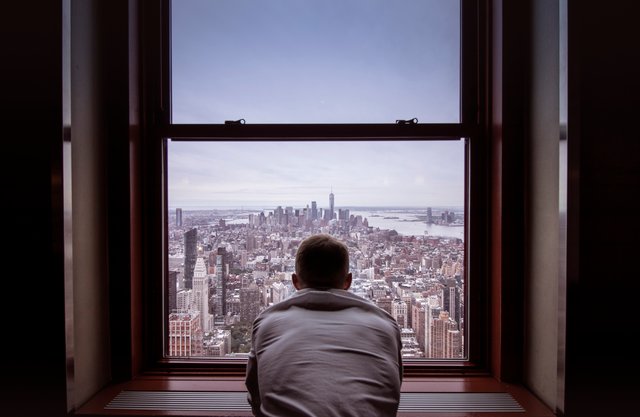 Life is simple. In a sense, that’s what Robert Fulghum wants to tell his readers (All I Really Need to Know I Learned in Kindergarten). He said the things that you need to learn to survive are the things that you learned in childhood. Not in college. Not even in graduate school. Share everything. Play fair. Don’t hit people. Put things back where you found them. Clean up your own mess. Don’t take things that aren’t yours. Say you’re sorry when you hurt somebody. Wash your hands before you eat. Flush. Warm cookies and cold milk are good for you. Live a balanced life—learn some and think some and play and work every day some. When you go out into the world, watch out for traffic, hold hands, and stick together. Be aware of wonder.

Whenever I think about those things, I can’t help but tell myself, “Wow, life should’ve been easy. But why does it seem like a plate of spaghetti now?”

Why are there people behind bars? Some of them took the properties of other people. Some killed. Some took advantage of other people’s weaknesses and trust. But why do they have to do that?

Poverty? Sure it’s difficult to get money, and sure nowadays no one can live without money. But hell, there are other ways to get money the clean way. It is mere pride and impatience that stops us from living clean.

Vengeance? It won’t bring any good. It would just make things complicated. It’s just like what Gautama Buddha once said: “It is like spitting against the wind, it harms no one but oneself. It is like sweeping dust against the wind; it does not get rid of the dust but defiles oneself. Misfortune always dogs the steps of one who gives way to the desire for revenge.”

Greed? Why do we need a lot of possessions? Why do we need to be richer than others? Like, all you need is a decent life. You need not to be very rich to be happy. In fact, it’s not money or expensive stuff that would make you happy. Plus, do not take all the opportunities. Give some to others that need it badly. Give them a chance to live a decent life: the same life that you’re enjoying.

Lust? Sure, it’s the body that asks for it. But why do you have to give in to your worldly desires? Besides, God won’t build His temple with substandard materials.

Or perhaps that power is the very reason why we’re doing these sorts of things. Perhaps it’s that power that gives us the ability to complicate things when in fact life can be simple. Whatever that is, the question is still left unanswered.

“Why do we make our lives complicated when in fact it can be simple?”